A new way to learn

In the last post I wrote about laying out and my inability to do so and about a man to whom it comes naturally. This email is about teaching people to do things that don’t necessarily come naturally to them. More accurately, it’s about new ways of helping people learn.

Keynote is similar to PowerPoint, the slide software that has made board meetings boring all over the world. Keynote can be used in exactly the same way as PowerPoint, i.e. to bore people, but if you strip away the pre-formatted title and bullet point sections and pretty much avoid text altogether, presentations can be a lot more fun. My eyes were opened to this by a presentation by group called Duarte titled “5 Ways to Make PowerPoint Sing! (And Dance!)” The presentation is one of the example presentations that came with PowerPoint 2010 (go to File/New from template…) and it’s cinematic and gets the message across in a powerfully visual way. I used PowerPoint for a while to help me create explanations for my staff and they seemed to get the point much quicker. I continued with PowerPoint until I started working with iBooks Author that only accepts Keynote presentations. 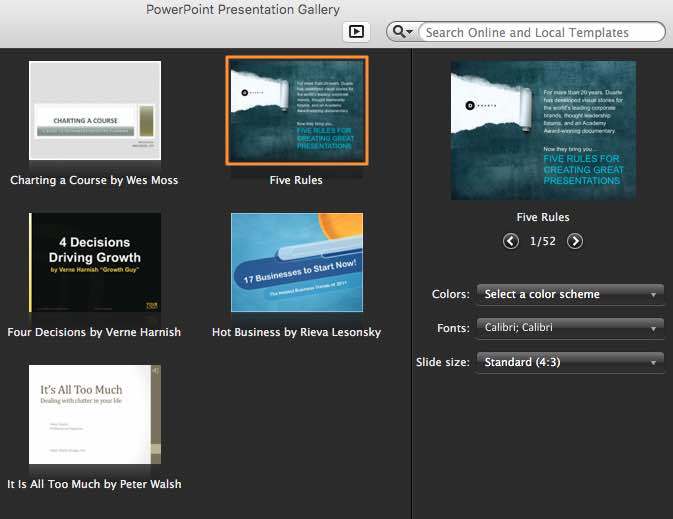 For me, Keynote is a much better product than PowerPoint. The interface is cleaner and the vector drawing capabilities are simple and good – we actually drew most of the illustrations for the book in Keynote. It’s also possible to create mockups of websites using Keynote – it’s a very versatile program. Keynote also has a great transition effect between slides called ‘Magic move’. This interprets movement between similar shapes from one slide to the next, which means that Keynote is an easy-to-use animation software. A picture is worth a thousand bullet points and an animation can really machine-gun the points home.

Speaking of machine guns, when I was in the British Army I had a major disagreement with my Commanding Officer over the war in Iraq (for the record, history and the Chilcot report have proved him spectacularly wrong (na, na, nan, na, na)). This resulted in my getting transferred out of his Regiment and into a punishment posting to a support squadron in a training regiment. Luckily for me I was in the Royal Engineers, so, although I now had a much reduced personal mission, the job of looking after the careers of my sappers (Engineers are known as sappers – from sap, to dig a tunnel or trench) was still quite fulfilling. Sappers are, on the whole, the brightest and most practical soldiers in the Army. However, many of the blokes were unaware of their potential because our education system favours people who are academically bright. Something invaluable that the Army gave these guys was discipline and an environment where they could learn, despite their aversion to academia. Passing courses in the Army was necessary for career advancement and many of the courses were excellent at getting these guys to learn. For a start, no-one was being patronising about their ability to learn. Blokes took a course and if they failed, they were helped to understand where they’d gone wrong and made to pass it.

Importantly, the way that we were encouraged to teach in the British Army was imaginative. We were expected to have physical demonstrations, there would be class involvement, important points were summed up, we were to ask the group a question before ‘pinging’ a single person – just to keep everyone’s attention – and humour was almost compulsory. As instructors in the British Army, we were given heaps of resources and expected to plough fields of energy and time into preparation. Blokes’ careers depended on it.

Education is a major part of the strength of the British Army. Sure, not every course was good. Alright, some of those Army courses were abso-fucking-lutely appalling, but I reckon the ratio of good courses to bad was much higher than in many universities. Moreover, guys who had been told their whole academic lives that they were thick; were learning. The truth is, those condescending teachers at school weren’t as good as they thought they were or weren’t given the resources they needed to get these guys to learn. I know this because most  of my guys were very bright; they just hadn’t been given the opportunity to learn their way.

It’s a similar situation with baristas. Some baristas are academically gifted and would learn the theory easily, but would take a little longer to convert the theory to flavours in the cup. Others would need practical demonstrations of the theory and need to re-take the verbal exam several times before they finally got it. Yet these guys often get great coffee almost by intuition. We all learn visually, aurally, and practically at different rates and the more stimuli we receive, the easier it is for us to learn. Textbooks don’t suit everyone. Personally, I like them. My brother ignored his textbooks and just attended lectures taking no notes. Using iBooks Author I could combine my kind of learning (text) with my brother’s kind of learning (visual) supported by animated presentations using Keynote.

A simple example of how Keynote helps is an animation that has a cluster of dots that spreads out as soon as you turn the page. That is diffusion. No need for a complicated treatise on particle theory. Everyone gets it.

The above animation is just made up of two slides and a Magic Move transition: 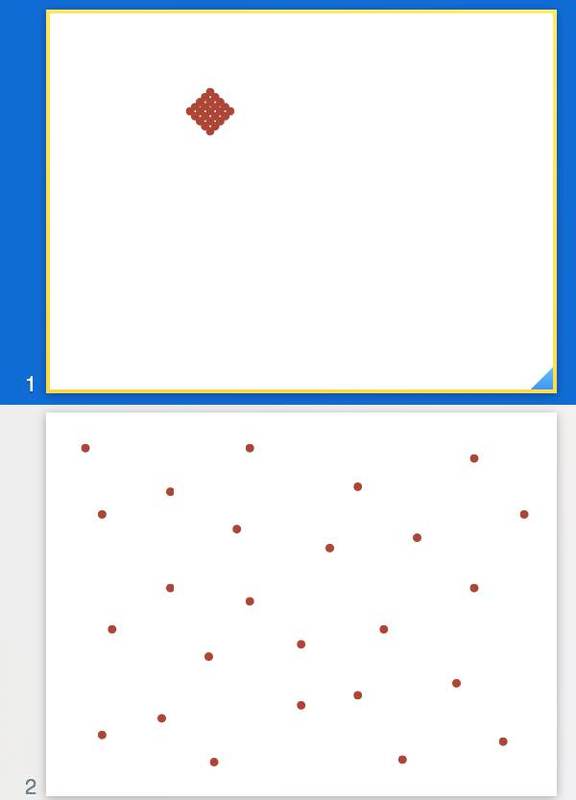 The Kindle conversion of the book doesn’t allow these presentations and I’ve had to use the diagram below instead of the animation. It’s not quite as good. Nothing diffuses. 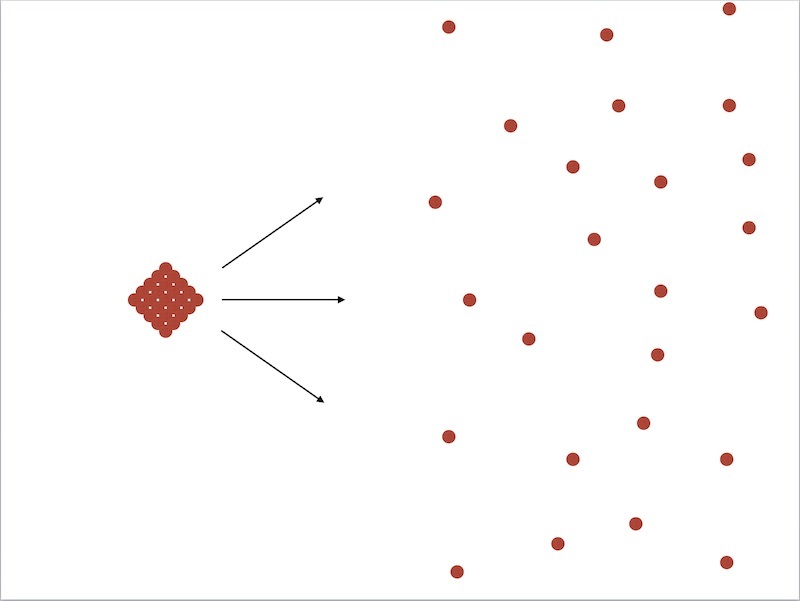 Any explanations that couldn’t be reduced to a simple picture need to become video for Kindle textbooks. In fact, some of the Keynote presentations worked better as video and appear in both the iBook and the Kindle versions such as the one below on the processes involved in extracting coffee. Again this is all created using Keynote, including the voiceover (with some minor sound work in Final Cut Pro).

Having Keynote widgets in the book also means that students can follow their own path. It’s possible to build widgets that will take one student in one direction and another student in another direction. For example, one of the widgets asks students what the temperature of the water in the steam boiler of the espresso machine is and, after they get to the correct answer, it gives them the option to find out how it’s possible to have water above 100ºC (212ºF). This self-led style of learning is something that helps people learn much faster if they know the answers – they can just skip that section – and helps people retain information far better when it is new to them. It’s active learning at a pace that suits the student.

I might come across as a bit of an Apple fanboy with my use of iBooks Author and iWork Keynote. I wouldn’t have called myself that a week before I wrote this post. But I might now. It was a week ago that I finished the conversion of the book to Kindle – a project that took two months and I’m very disappointed with the results. If you’re interested in finding out what not to waste your time doing when converting a iBook to Kindle, I’ll tell you all about that next time.